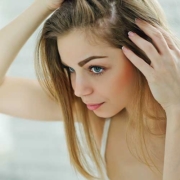 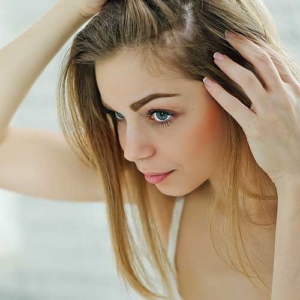 Losing your hair can be difficult. Many people make assumptions about what is causing them to lose their hair and actually end up causing more harm than good. The following guide walks you through a few of the common misconceptions that people have about hair loss. Is shampooing your hair one of them?

People often think that they lose their hair because they wash their hair too frequently. When you wash your hair, it is common for a few strands to come loose from your scalp. This isn’t caused from the shampoo you are using or the way that you are washing your hair. The body naturally loses hair on a daily basis and the hair that comes out when you wash your hair is natural. If you don’t wash your hair regularly, the hair follicles can become clogged with dirt, dust and oil that actually diminishes the speed that the hair grows.

Washing Your Hair Causes Damage to Your Scalp

Some people assume that washing their hair regularly causes their hair to not grow as frequently or to fall out more frequently. They assume that washing their hair causes them to remove the natural oil from their scalp which affects the growth. That isn’t the case, though. When you wash your hair, you massage your scalp. Massage stimulates the hair follicles, which promote hair growth, allowing your hair to be as healthy and thick as possible.

There is No Rhyme or Reason to Hair Loss

Some people assume that there is no rhyme or reason to their hair loss and assume that it is something that they simply have to learn to live with the fact that they are losing their hair. That isn’t the case, though. Many different things can impact hair loss.

There are foods that you can eat that can decrease hair loss. They include eggs, dairy, spinach, carrots and sweet potatoes. Stress can also impact hair loss. Try to minimize stress as much as you can to decrease the amount of hair that you lose. This can be done through exercise, meditation or simply getting more sleep. To find out what may be causing your hair loss and how to treat your unique situation properly contact us today to schedule a free, private consultation and see which hair loss solution is right for you. 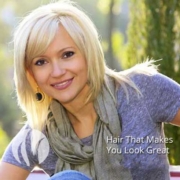 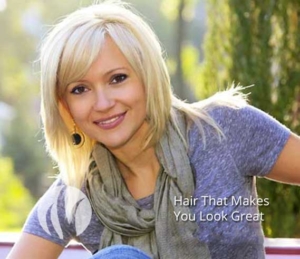 Most of us have heard the saying, “Blondes have more fun.” While that is simply a version of an ad campaign by Shirley Polykoff for Clairol hair color back in 1955, it is still relevant today to how we feel about certain hair colors.

Shirley was certainly on to something. According to studies that have been done in the past, the overwhelming majority of people have darker colored hair. With over 90 percent with dark hair, just 3 percent of the entire worldwide population are true blondes with only 2 percent being true redheads.

This may actually be in part why there is much success in the hair color industry with people who change their hair color to stand out from the crowd.

Everyone has their own personal preferences, but it varies by gender when you look at the statistics. According to a study done in 2014 by the dating site PlentyofFish, the most popular hair color of men that women choose to contact is brown, with blonde coming in second.

However, when it comes to the preferences of men and their favorite hair color, the numbers are different. A study referenced on Psychology Today showed that blondes received more invitations from men, with brunettes in second place, and redheads in a distant third.

On the other hand, a study done by Viren Swami and Seishin Barrett, psychologists at the University of Westminster, had photos shown to men of women with varying hair colors. The article published in the Scandinavian Journal of Psychology showed blondes were perceived as more of a damsel in distress and were more easily approachable. However, brunettes were deemed more intelligent yet arrogant, and redheads were rated the most temperamental, least shy and, surprisingly, the most sexually promiscuous.

No matter what your personal preference, it is clear that when it comes to perception as well as attraction – sometimes it is all about the hair color when it comes to first impressions and our hair matters.

If you’re experiencing hair loss you may also be experiencing a loss in confidence. At North Mississippi Hair Loss Solutions, we will help you find the perfect hair loss treatment or hair restoration solution for you, regardless of cause or hair type.